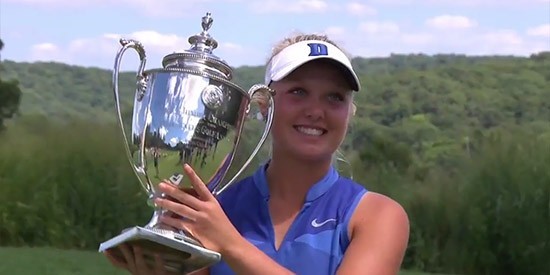 Yes, it was an unfortunate incident at the U.S. Junior Girls Golf Championship. Elizabeth Moon missed a short putt that would have won the match and proceeded to rake the ball back before her opponent Erica Shepherd had a chance to concede the tap-in. Not legal. Loss of hole and the match. Tough luck, but you don’t just assume a putt is going to be given. In all the years I have been playing, when in match play I missed a putt, even if by half an inch, I always looked to my opponent to hear him say good before I proceeded on. That is the rule. You never assume anything. A lot of people are criticizing Shepherd. She did nothing wrong. In a situation like that, sometimes you are so shocked by the outcome that you are temporarily stunned and don’t react as quickly. I’m sure Shepherd thought Moon would make the short putt and was probably accepting her fate when “Bang, wow, I can’t believe it.” Critics think she should have immediately said good and moved on. But it is not always that simple. I was in a similar situation once and lipped out a putt to win a match. My opponent was surprised I missed and just kind of looked at me in shock. I addressed the ball to finish the hole when he said good. See, you must be aware of the situation and not allow a sudden mishap to affect your thinking. Moon made the mistake. No one should put it on Shepherd. By Mike Stevens, USGTF Member, Tampa, FL
END_OF_DOCUMENT_TOKEN_TO_BE_REPLACED 0 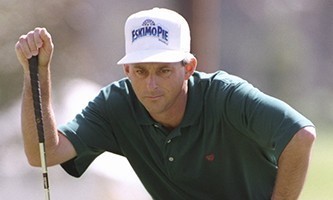 Music has its one-hit wonders, such as Dexy’s Midnight Runners, Kajagoogoo and Vanilla Ice. Golf, too, has its share, but unlike the music of the one-hit wonders – which lives on due to the popularity of the songs – golf’s one-hit wonders tend to get lost to the annals of time, forgotten by all but the most diehard of golf fans. One of the more remarkable one-hits wonders in golf is Robert Wrenn, who captured the 1987 Buick Open with a four-round total of 26 under par, destroying the field and beating runner-up Dan Pohl by seven shots. It’s a mystery how a player is able to conjure up such a dominating victory and yet could never find the winner’s circle ever again, but such is golf. Wrenn played the tour for 11 full seasons, managing just 15 top-10 finishes in his career. He missed the cut over 44 percent of the time and otherwise had an unremarkable career, save for staying on tour for 11 years and one spectacular victory. After retiring from tournament golf, Wrenn spent time broadcasting golf, served as a partner in an investment advisory firm, and worked with The First Tee, which he continues to do today. Wrenn is 57 and lives in Richmond, Virginia.
END_OF_DOCUMENT_TOKEN_TO_BE_REPLACED 0 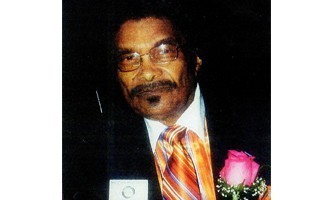 Thanks to a celebrity’s interest in him, Jim Kearney of Carson, California, began a lifetime journey in the game of golf in 1955 that continues to this day. The celebrity was James Garner, for whom Kearney caddied back then. While on the course, Garner would show Kearney the basics of the grip, stance and swing, and allow Kearney to take a few swings when no one was around. Kearney was able to gain a measure of proficiency at the game, which eventually led him to teaching. But prior to that, Kearney served in the military and today is a retired military and aerospace division specialist. During that time, Kearney is credited with inventing a device that saved the armed forces collectively over $1 million per year. Kearney had been a golf pro for 20 years, but didn’t have any credentials. That led him to the USGTF, saying he “wanted to be a better teacher.” He currently teaches advanced students with the Tiger Woods Foundation, focusing on scoring and how to win. In addition, he has received a number of accolades, including Teacher of the Year in Carson, receiving a Lifetime Achievement Award from Seniors on the Move and Care Match America, and won a public safety award in 2008 through his volunteer work with the sheriff’s Community Relations Office. When he teaches adults, he wants them to forget what they know and completely start over with the basics of the game. At the age of 84, Kearney remains incredibly active each day, contributing to the game of golf and his community.
END_OF_DOCUMENT_TOKEN_TO_BE_REPLACED 0 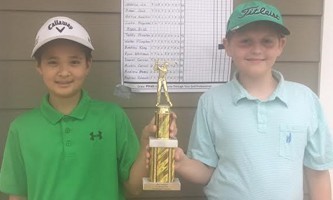 The USGTF Spring Junior League was operated by the Mercer County Golf Academy in Princeton, New Jersey, this past year and consisted of 60 kids that participated on four teams at four different golf courses in the county. It was directed by USGTF Associate Member professional Larry Baldasari and coached by four additional Associate Member professionals: Kelly Platt, Dan Virgil IV, Dan Virgil III and Haiyan Wang. Players competed in six matches, playing a two vs. two scramble match-play format. Coach Haiyan’s Purple team won the league title with a record of 4-0-2. The league concluded with a stroke-play invitational on July 16. The winners were Eddy Ye (11-14 age group) and Teddy Plimpton (10 and under age group). For nine holes, Ye shot a 47 and Plimpton a 42 at Princeton Country Club. The season was a major success, and the academy plans on hosting another junior league in the fall.
END_OF_DOCUMENT_TOKEN_TO_BE_REPLACED 0 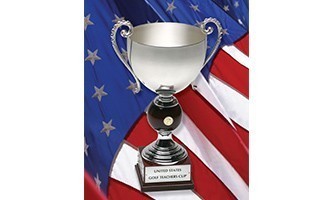 The year was 2006 and the venue for the United States Golf Teachers Cup was Boulder Creek Golf Club in Boulder City, Nevada, site of this year’s United States and World Golf Teachers Cups. After battling to a 36-hole draw with each golfer shooting a 3-under 141, Australia’s James Douris and Trinidad & Tobago’s Christopher Richards engaged in a two-hole playoff that decided nothing. Moving on to sudden death, Douris’ approach shot on the par-4 third playoff hole found the desert over the green. Faced with needing a difficult up-and-down from 90 feet away to keep the playoff going, Douris chipped the ball from the desert scrub into the slope, ran it up to five feet, and drained the putt to stay alive. He then parred the fourth playoff hole to capture the championship. That same year, Jill Finlan Scally won her second Ladies division championship, while Jerry Moore took home the Senior title. The late Joe Bernat won the Super Senior championship. Information and registration to this year’s Cups can be found at www.WorldGolfTeachersCup.com.
END_OF_DOCUMENT_TOKEN_TO_BE_REPLACED 0

The USGTF Central Region Championship will be held Sunday and Monday, August 6-7, 2017, at Lake Forest Golf Club in Ann Arbor, Michigan. The event will also be held as part of a weekend of golf which includes the Michigan/Ontario Golf Teachers Tour event on Saturday. The Central Region Championship will be the final regional championship conducted in 2017. For complete information, please click here.
END_OF_DOCUMENT_TOKEN_TO_BE_REPLACED 0 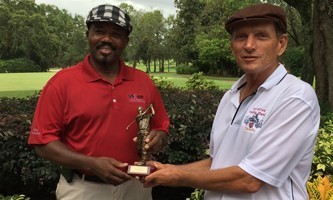 Melvin Blair of Tampa, Florida, opened with a 73 and cruised home with a final-round 76 as he captured his first USGTF Southeast Region Championship played July 29-30 at GlenLakes Country Club in Weeki Wachee, Florida. Defending champion Carlos de Barros of Lake Worth, Florida, and Mark Harman of Ridgeland, South Carolina, tied for second, four strokes back at 153. Blair began his final round with two solid pars, only to birdie the third hole with a spectacular approach from almost 200 yards after his tee shot hit a tree. He carded a front nine 36 under threatening skies, and shot a back nine 40 as heavy rains plagued the field after the turn. Harman, who opened with a 75, struggled all day and limped home with a 78, while de Barros, teeing it up for the first time anywhere in a month, shot 75 the second round after a first-round 78. Rounding out top five were former Southeast and Central champion James Peters from Newport, KY, and Frank Mitchell from Boca Raton, Florida. Fourteen players teed it up on the perfectly-manicured Ron Garl-designed private layout. Southeast Region director Mike Stevens served as the host and conducted the annual Southeast meeting during dinner Saturday night. The location of next year’s event will be determined at a later date.
END_OF_DOCUMENT_TOKEN_TO_BE_REPLACED 0