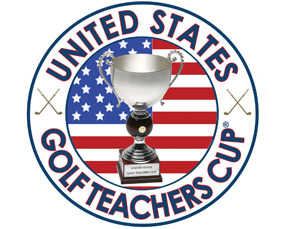 Overcoming extremely windy conditions for both days, USGTF director of instruction Mark Harman from Ridgeland, South Carolina, captured the USGTF Southeast Region Championship held February 21-22 at the Bay Palms Golf Complex South Course at MacDill AFB in Tampa, Florida. Harman fired scores of 71-72 – 143 to defeat runners-up Brent Davies and Jose Esteves. A field of 20 USGTF professionals teed it up under sunny and warm skies both days of the tournament. Region director Mike Stevens once again served as the host.

Hunter Huang from Atlanta, Georgia, successfully defended his 2019 Central Region Championship by firing a final-round 71 to overcome a 5-stroke deficit in the two-day event held at Pheasant Run GC in Canton, Michigan, August 1-2.  Entering the last round in fifth place, Huang shot 35 on the front to cut the deficit to one.  First-round leader Matt Smith made the turn at +2 to still hold the lead, but was unable to get anything going on the back nine and fell back.  Mark Harman birdied two holes early on the back nine, and after 12 holes he and Smith were tied for the lead at +3 with Ron Cox at +5 and Huang at +6.  Huang then made three more birdies coming in and a Harman bogey on #18 gave Huang the one-shot victory over Harman.

Congratulations to Ron Cox from Nashville, Tennessee, who won the USGTF Southwest Region Championship held this past weekend at The Club at Twin Creeks in Allen, Texas. Cox shot a two-round total of 143 in defeating runner-up Brent Davies by eight shots. Reuben Ramirez finished third.

“Everybody had a great time and all are coming back for next year’s tourney,” said Southwest Region director Bruce Sims.