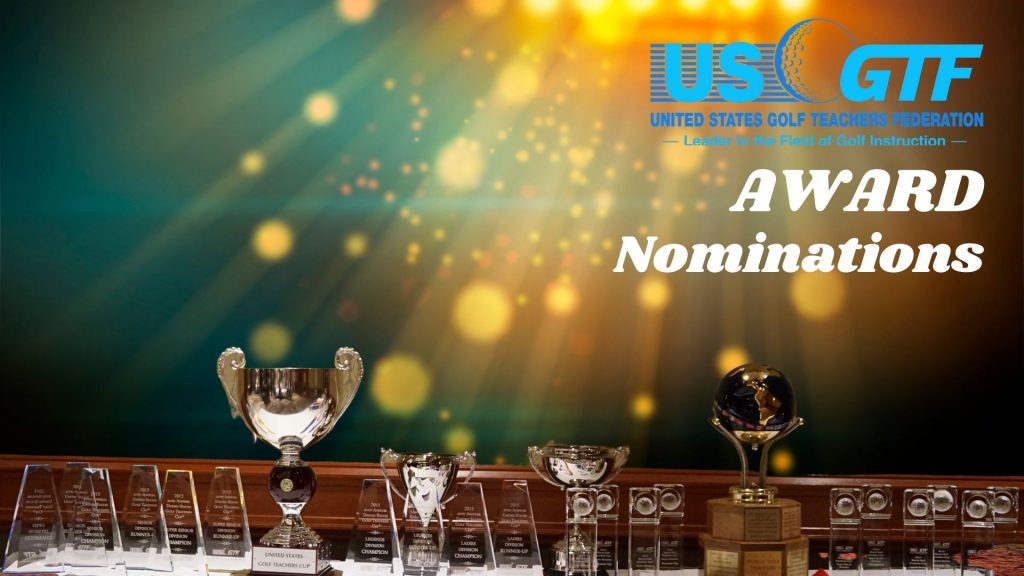 WGTF TOP 50 TEACHERS AND HARVEY PENICK AWARD NOMINATIONS Nominations for the WGTF Top 50 Teachers and the 2022 Harvey Penick Trophy for Excellence in Golf Teaching are now being accepted. All teachers who wish to be considered must submit their nominations. In addition, after a pandemic-induced two-year absence, the Harvey Penick Trophy will be awarded in 2022. The award is based on teaching accomplishments, service to the golf community and to the game in general. All USGTF Certified Golf Teaching Professionals and Master Golf Teaching Professionals, are eligible to be nominated for both honors, with the exception that former winners of the Harvey Penick Trophy are ineligible for that award. Nominations (including self-nominations) may be made through email at info@usgtf.com or through regular mail to the USGTF National Office at 200 S. Indian River Drive, #206, Fort Pierce, FL 34950. The deadline for nominations is Friday, September 9, 2022 at 5:00 p.m. EDT.
END_OF_DOCUMENT_TOKEN_TO_BE_REPLACED 0 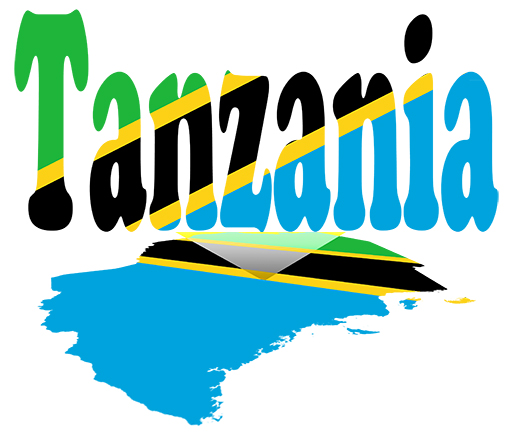 WGTF member, Nazeer Tajudeen in Tanzania reports a steady increase in the golf industry with many new interests from locals in both Uganda and Kenya. With the development of new courses the last few years, the demand for qualified golf instructors continues to rise! Tanzania currently has 14 golf courses, while Kenya has 38 and South Africa has 450. Tanzania has a beautiful opportunity to become one of the popular destinations for golfers worldwide.
END_OF_DOCUMENT_TOKEN_TO_BE_REPLACED 0

Northeast: The 2022 Northeast Region Championship will be held Thursday, June 16, at Mountain View Golf Course in Ewing, New Jersey. The entry fee is $185. For more information and to enter, please contact region director Bob Corbo at simductivegolf@gmail.com. Central: The 2022 Central Region Championship will be held at the City of Mason Golf Center in Mason, Ohio, July 31- August 1. This course hosted the PGA Tour Champions Kroger Classic for almost 20 years; a fair and challenging course from all tees. The champion will have to play two solid rounds to be crowned here! The entry fee of $220 includes 18 holes and cart each day, range balls, skins game and prize fund. Tee times will start at 12:10 p.m. each day. The course is approximately 20 minutes north of Cincinnati, and 40 minutes north of the Greater Cincinnati Airport. It is a straight drive up I-71 with plenty of hotels and food in the area. For more information or to register, contact Central Region director Tony McMullin at tmcmullin72@yahoo.com. Southwest: Festivities for the 2022 Southwest Region Championship will be held Friday-Sunday, September 9-11, at Twin Creeks Golf Club in Allen, Texas. There will be a welcome dinner the Friday evening, with two rounds of tournament play commencing Saturday. The entry fee is $225 and includes range balls. For more information and to enter, contact region director Bruce Sims atbsims@pga.com. National: The 26th annual United States Golf Teachers Cup is coming this fall! Plantation Preserve Golf Course and Club in Plantation, Florida, will host the U.S. Cup on Monday and Tuesday, October 24-25, 2022. The course is one of the finest public facilities in the South Florida area and is situated just west of Fort Lauderdale. More information will be made available soon. Please consult our monthly e-newsletters.
END_OF_DOCUMENT_TOKEN_TO_BE_REPLACED 0 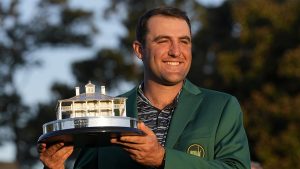 He did not win in his first 70 starts on the PGA Tour, but Scottie Scheffler has made up for lost time in a big way. He promptly won four out of his next six events, including the Masters. Scheffler’s career is reminiscent of David Duval’s, who also went many tournaments before winning his first event and then winning multiple titles in quick succession. Unfortunately, Duval’s career flamed out four years after his first victory, never winning again, but Scheffler looks to have the longevity that Duval lacked. Scheffler was a first-team All-American at the University of Texas, where he was in no rush to turn professional, staying all four years and graduating in 2018. In 2019, he played on the Korn Ferry Tour and earned his PGA Tour card for the 2019-2020 season. Although he had yet to win at the PGA Tour level, he was named as a captain’s pick for the 2021 U.S. Ryder Cup team, where he excelled. Keen observers knew it was only a matter of time before Scheffler would eventually win, but even they had to be taken aback by Scheffler’s Tiger-like recent form. There is speculation whether Scheffler’s recent domination will be short- or long-lived, but in any case, it seems a new American star is now here to stay, even if his winning percentage slows down a bit.
END_OF_DOCUMENT_TOKEN_TO_BE_REPLACED 0 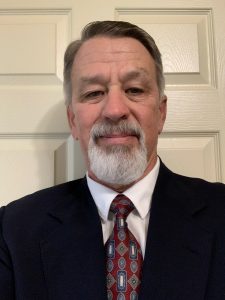 Not to be confused with Steve Williams who used to caddy for Tiger Woods, USGTF professional and examiner Steve Williams has been immersed in golf for most of his life. He attended Fresno State where he won numerous college tournaments and earned conference player-of-the-year honors. Unfortunately, Williams developed back issues and was forced into retiring from playing golf from 1978 to 1992. Upon returning to playing, he competed in the Cypresswood Open in Texas, where he finished as runner-up out of 125 professionals. He also has two runner-up finishes in the United States Golf Teachers Cup. Williams is also one of Texas’ most sought-after teaching professionals, having coached several playing professionals, among them PGA Tour winner J.L. Lewis. Recently, Williams has written a book titled Golf…The Great Revealer! According to Williams, “In this book, I share many of the thoughts and actions that touring pros know are vital to their success, but which few amateurs understand. Any golfer who wishes to play at or near their potential simply must do the same things or they will reach a plateau and go no further.” The book may be found on Amazon. Williams is the owner of the Texas Golf Academy in Humble, Texas, where he continues to teach the game that has been so instrumental in his career and life.
END_OF_DOCUMENT_TOKEN_TO_BE_REPLACED 0 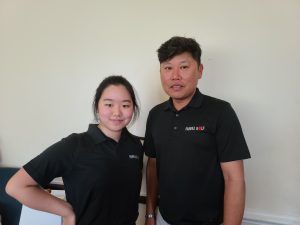 By The Fairfax Golf Academy Staff Fairfax Golf Academy for young golfers aged 7 to 14 began in the Washington DC metropolitan area in 2015. Five gifted and talented golfers have been selected for scholarships, among them Eunice Hahm. At our tryout, all coaches were surprised by her athleticism and hand eye coordination. They were far beyond her age group. Eunice was selected for our elite program and started training immediately. We have built a program for those selected students that include fitness, mental training and strategy. She became well known as she competed in local junior tournaments after just two years of golf experience. Her swing, tournament preparation and her short game were developed by coach Ty Park, a USGTF Master Golf Teaching Professional. Park’s 25 years of teaching experience and teaching skills were a catalyst to boost her growth in her game. She has won five local tournaments and had eight consecutive top-5 finishes in 2018 and 2019. Her goal is to play golf at the college level and beyond, and to help others with their skills. She is diverse in her skills, as she is a robotics instructor at the county community center, a math tutor at her church, and an assistant golf coach for The First Tee and the Fairfax Golf Academy. She is now a sophomore and in her second year on the West Springfield High School varsity golf team. Eunice expects to play golf next season with higher expectations. As a team, she would like to win a state championship before her graduation. As a scholar, she would like to graduate with all A’s. We believe the connection with golf and our students. Our students’ effort and passion for the game motivates all of us. All coaches at the Fairfax Golf Academy support Eunice, and we are happy to see her reaching her goals.
END_OF_DOCUMENT_TOKEN_TO_BE_REPLACED 0 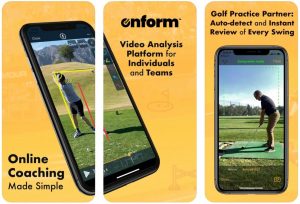 Video analysis is an important tool in the modern teacher’s arsenal, and the Onform video analysis app makes it easy for teachers to have an easy-to-use tool at their disposal. It has drawing tools and slow-motion playback, as well as a voice-over mode. Trusted by USA Bobsled/Skeleton, among others, the Onform app has other features that make it worthwhile. More information can be found at www.GetOnform.com.
END_OF_DOCUMENT_TOKEN_TO_BE_REPLACED 0 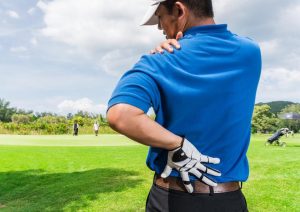 By: USGTF Technical Committee Injuries are a part of golf, just like in any other sport. It seems, though, that more top professionals are being sidelined with injuries, perhaps none more so than Tiger Woods. Jason Day also has had numerous ailments that have kept him from competing. Among the older crowd, Fred Couples has fought a balky back for his entire career, and Bill Glasson had numerous surgeries in his playing heyday. But these seem to be the exception rather than the rule. It may just be that with today’s ever-present media, golf injuries in the professional ranks are more noted than they were in the past. Chris Finn, owner of Par4Success, notes that in golf, pain that can be felt in one part of the body is often the result of a true injury in another part of the body. He says that is important for golfers to not only be flexible, but strong enough to handle the clubhead speeds that they are generating. So, the first order of defense in preventing injuries is to properly train the body. Although many people do not have access to personal trainers for golf, or the cost may be prohibitive, there are many good resources online, including YouTube, that have accurate and up-to-date information. Another line of defense in preventing injuries is to have proper swing mechanics. Those who tend to have a reverse pivot or reverse tilt golf swing often create torques on the back greater than what the back was meant to handle. Stretching is also a key element in preventing injuries. There are now stretching professionals that can be found at places such as The Stretch Zone, where these professionals can provide assisted stretching beneficial to all golfers. Chiropractic care is another avenue worth exploring. However, injuries can occur despite our best efforts at prevention. It is critical to follow any rehabilitation program given to us, and as the old saying goes, “No one ever said they came back too late from an injury.” In other words, don’t rush it. Those who are overcoming injuries should not play or practice until their medical professional has given them permission to do so. And once permission is granted, it is important to not overwork. By following the professionals’ advice and counsel, any injured golfer will be back on the course before they know it.
END_OF_DOCUMENT_TOKEN_TO_BE_REPLACED 0