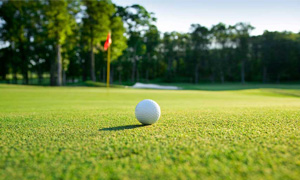 In 2012, then-USGTF president Geoff Bryant and I, along with several other USGTF professionals, were invited to play in a lucrative and important pro-am in Trinidad & Tobago, at the Plantation Golf Course, where USGTF professional Ricky Campbell is now the director of golf. In the field were former PGA Tour players Jim Thorpe, Dick Mast, and Dave Rummells, among others. Also in the field was someone I had never heard of at the time, but he was apparently boasting to anyone who would listen about how good he was. He went on to win the tournament, and his name was Patrick Reed. After, while standing in line at the airport in Trinidad waiting for our flight to Miami, I went up to Reed, introduced myself, and we proceeded to have a pleasant 15-minute chat. With Reed’s victory in the recent World Golf Championships event in Mexico, his past has once again been brought up, with the alleged cheating and stealing while at the University of Georgia, to the sand-moving incident at the Hero World Challenge in December, to Peter Kostis recently alleging he’s seen Reed improve his lie on no less than four occasions when he was a golf announcer for CBS. Reed’s nickname on tour is “Table for One,” because apparently no one wants to socialize with him off the course. Not personally knowing him outside a brief 15-minute interaction, it’s hard to say what’s really inside a person’s mind and heart. I would like to believe Reed doesn’t deliberately cheat at golf, something Brooks Koepka, Cameron Smith and Brandel Chamblee have claimed. But given his overall known history, including the very odd estrangement he has with his parents and siblings, I think it’s obvious that Reed will do whatever it takes to gain an advantage, perhaps to the point of breaking the rules. I’m not ready to get on the Koepka/Smith/Chamblee bandwagon, but there can be no more rules incidents from Reed for the rest of his career, lest all doubt is removed. My best guess is he knows his every action on the course will now be under the microscope, his every shot captured on video. I don’t think we’ll see any more rules situations with Reed going forward, unless his IQ turns out to be as low as his golf scores. By Mark Harman, USGTF National Course Director
END_OF_DOCUMENT_TOKEN_TO_BE_REPLACED 0 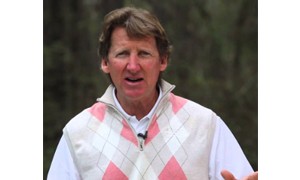 With the tour’s Honda Classic being played in its traditional time frame at the end of February/first of March, a look back at the historic 1986 edition is warranted. Kenny Knox became the first Monday qualifier to win a tour event on the all-exempt tour when he overcame a third-round 80 to take his first tour win. Luminaries such as Jack Nicklaus and Tom Weiskopf were in the field, but Knox bested them all. He became an overnight sensation, leading after two rounds. His third-round 80 looks bad at first, but when you realize the average score that day was 79, it wasn’t too bad overall. Steady winds of 30 mph with wind gusts up to 45 mph wreaked havoc with the field. Weiskopf posted an 86, and future Hall of Famers Hale Irwin, Fred Couples and Ray Floyd all shot 81. Knox went on to win two more times in his career before retiring to Monticello, Florida, just outside Tallahassee. Today he keeps busy with a teaching schedule and yes, occasionally tees it up in local events.
END_OF_DOCUMENT_TOKEN_TO_BE_REPLACED 0 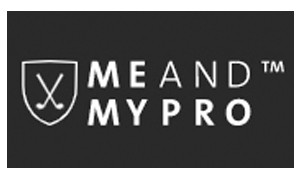 The USGTF has recently secured a partnership with MEANDMYPRO, an online reservation, scheduling, marketing and back office system designed specifically to help you grow your business. This system is exclusive for golf instructors and golf academies. We looked at several online systems and found MEANDMYPRO set itself apart with its unique features and how user-friendly and mobile-friendly it is. Jim Sowerwine, our point of contact with MEANDMYPRO, said he saw an increase in his lesson revenue within the first several days of introducing it to his client base. He said your clients can now schedule a lesson with you 24/7 (and easily on their mobile phone if they’d like). MEANDMYPRO’s standard fee is $30/month or $300 if paid in full for the year. The fee for USGTF members is $25/month or $275 if paid in full for the year and the first 25 members who sign up receive 75% off for the first year! Please call the office to receive the “promo” code for USGTF members at 1-888-346-3290. For more information, please click here.
END_OF_DOCUMENT_TOKEN_TO_BE_REPLACED 0 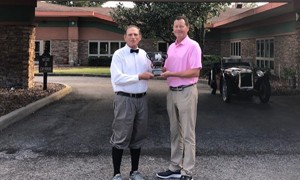 On a beautiful day, Monday, February 24, Jeremy Moe from Boca Raton, Florida, shot an even-par 72 to win the United States Professional Hickory Championship at Temple Terrace Country Club in Tampa, Florida. Moe captured the John Shippen Cup for the second year in a row. It was a fine round of steady golf as he bested the field by five shot. The course played its usual tough challenge as only five pros managed to score in the 70s. The tournament is sponsored by the USGTF and conducted by Mike Stevens, USGTF Southeast Region director.
END_OF_DOCUMENT_TOKEN_TO_BE_REPLACED 0 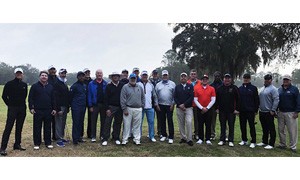 The 25th annual United States Golf Teachers Cup and the 4th annual United States Senior Golf Teachers Cup will be contested Monday and Tuesday, October 19-20 at Revere Golf Club in Las Vegas, Nevada. This year will once again feature a concurrent pro-am, where USGTF participants are encouraged to bring an amateur partner with a format akin to the PGA Tour event played every February at Pebble Beach. (Please note: Bringing an amateur partner is not required to be able to participate in either Cup tournament.) Both the Lexington and Concord courses will be used for the competition. Las Vegas is the premier vacation spot in the United States and boasts numerous amenities. Registration will soon open at www.UnitedStatesGolfTeachersCup.com.
END_OF_DOCUMENT_TOKEN_TO_BE_REPLACED 0 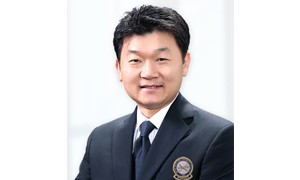 Longtime USGTF member Brandon Lee, who also is president of USGTF-Korea and the head of the foreign language courses of the USGTF, assumed the duties of president and CEO on February 21. Lee takes over for Geoff Bryant, who founded the organization in 1989 and had been the president and CEO. Further details will be made available in the Summer 2020 edition of Golf Teaching Pro magazine, along with profiles of both Lee and Bryant. The USGTF National Office welcomes Lee as our new leader, and all USGTF members are encouraged to drop him a line at president@usgtf.com.
END_OF_DOCUMENT_TOKEN_TO_BE_REPLACED 0