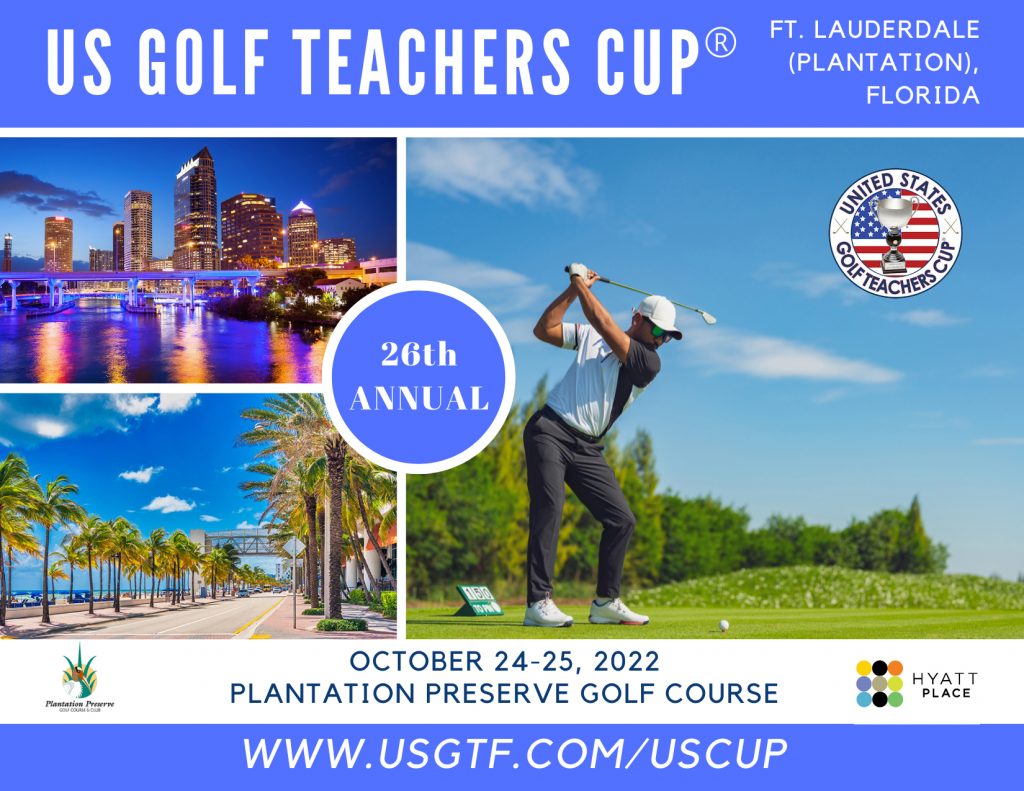 Sunny South Florida will host the United States Golf Teachers Cup for the first time in over 20 years when Plantation Preserve Golf Course & Club just outside Fort Lauderdale, Florida, welcomes all WGTF members Monday and Tuesday, October 24-25, 2022. The course is in the regular rotation for the qualifying series (Q-school) for the Korn Ferry Tour. As in recent years, a pro-am format will be utilized. Each participant is welcome to bring an amateur partner for the concurrent pro-am competition. Please note that having an amateur partner is optional. The entry fee of $525 for each participant includes two days of tournament golf, range balls, prize money and awards, and a closing luncheon. To register, please visit http://www.usgtf.com/uscup. For more information, please call the USGTF National Office at (772) 88-USGTF.
END_OF_DOCUMENT_TOKEN_TO_BE_REPLACED 0 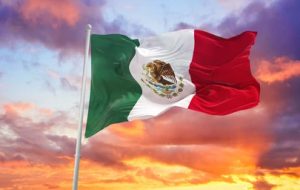 By Rafael Conde, Director, USGTF-Mexico During 2022, the golf business in Mexico is slowly getting back to its usual activity as COVID-19 is more under control. With this situation, some requests for certification courses and teaching lessons are also gaining interest. The USGTF golf teaching method is highly appreciated by golfers in the country, since it is recognized as a reliable method for improving players’ golfing skills and their understanding of the game.  As recommended by the USGTF, we, as teaching professionals, must understand our clients. It has been also very helpful to pursue our certification courses for caddies, since it is of vital importance for them to have a clear understanding of what is considered excellent caddying work. It is vital that they have the correct information. Since this population has been neglected for many years in Mexico, we have been actively promoting with golf club managers the importance of having properly trained and certified caddies. Here, the club managers are contributing with half of the cost of the course and the other half is covered by the caddie. During this year, we have conducted two certification courses for caddies, one with 50 people and other with 45. These courses are conducted during two consecutive days. For the balance of this year, we expect to conduct one Level 3 certification course. Now that the COVID-19 crisis is possibly under control, we expect to have a better 2023.
END_OF_DOCUMENT_TOKEN_TO_BE_REPLACED 0

Central: The 2022 Central Region Championship is being conducted at press time. Results will be forthcoming in the September e-newsletter. Southwest: Festivities for the 2022 Southwest Region Championship will be held Friday-Sunday, September 9-11, at Twin Creeks Golf Club in Allen, Texas. There will be a welcome dinner the Friday evening, with two rounds of tournament play commencing Saturday. The entry fee is $225 and includes range balls. For more information and to enter, contact region director Bruce Sims at bsims@pga.com. To learn more about these and other USGTF member events, visit www.USGTF.com and look under the Stay Informed section for Tournaments.
END_OF_DOCUMENT_TOKEN_TO_BE_REPLACED 0 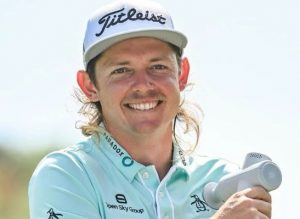 We called it! In our April e-newsletter, Cameron Smith was the featured pro, and we wrote these prescient words: “…it would surprise no one if he were to win a major championship sometime soon.” Smith wasted no time in winning his first major championship just three short months later when he won The Open at St. Andrews in Scotland.

Most of the pre-tourney hype was all about Rory McIlroy and how a victory would have been fitting, and through three rounds it looked as if the Northern Irishman was all set to claim the Claret Jug. He and Viktor Hovland held a four-stroke lead over Smith, and after nine holes McIlroy’s margin was still three. McIlroy even birdied the 10th hole to briefly command a four-stroke lead, but Smith ripped off five consecutive birdies to start the back nine to capture the lead. McIlroy could do nothing but make pars the rest of the way in, with Smith scoring a final birdie at the 18th.

There has been some discussion whether McIlroy “lost” The Open or Smith “won” it. Make no mistake – Smith needed a 31 on the back nine to win, and he responded with a 30. Now that he has his maiden major victory, and given his incredible putting skill, Smith is likely only getting started. 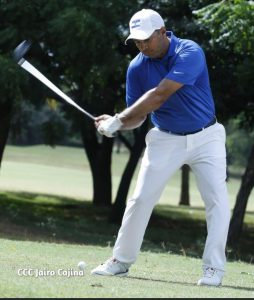 Yader Jara Alvarez became a member of the USGTF in 2011 and gained his Master Golf Teaching Professional teaching license in 2015. He lives in Varas Al Oeste, Nicaragua. Nicaragua is located in Central America. There are three golf courses; two of them are located in the south of the country where one can enjoy surfing, as well, and Nejapa Golf & Country Club, located in the capital, Managua. Alvarez said, “Since I met golf, I found my passion. The first time in a golf course, I felt as I was in paradise. Once I learned how to play, I fell in love with the game.” He continued, “Back in 2001, I had the opportunity to work as an assistant pro. It was a wonderful experience. Through the years, I knew it was I wanted to do in my life – help others to enjoy the game.” After obtaining his Certified Golf Teaching Professional status in 2011, Alvarez found windows of opportunity opening. Today, he’s the head professional at Nejapa, where he started as an assistant. “All I have to say is thanks God and thanks to United States Golf Teachers Federation for bring all the joy and blessings to me and my family, said Alvarez.
END_OF_DOCUMENT_TOKEN_TO_BE_REPLACED 0 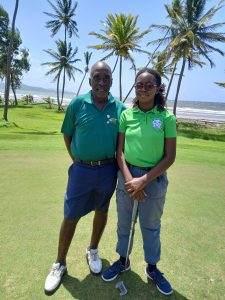 By Ricky Campbell, USGTF Master Teaching Professional, Trinidad & Tobago After teaching for 17 years, last year Mr. Sheppard, a very good friend, ask why not start an academy so I can share my gift and knowledge with the children on the little island most people call Tobago, but I call home. So, I started the Ricky Campbell Golf Academy (RCGA), with seven children at first, and to date it has grown to 60 children ages 5 to 14. My goal is to expose them to the game at the age I was, but with a certified instructor, which I most thank the USGTF. It’s not a year yet, and I have four students who are very promising, so I chose to feature the female for this article. When De’ja McLetchie started, no one was as shy as she was, and I’ve watched as she has grown into someone very positive. As for golf, with her parents’ support and instructions and yours truly, I can see a bright future. I’ve even got about 15 of the parents involved, and they are loving it, too. I cannot end without saying thanks to Jim (Mr. Hollywood) Perez and his wife Marci for the golf clubs donated to the RCGA, of which De’ja is one of the recipients.
END_OF_DOCUMENT_TOKEN_TO_BE_REPLACED 0 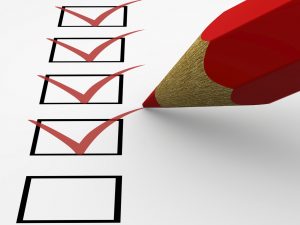 By: Mark Harman, Director of Education Recommending a “best” way to prepare for big tournaments or big events is a tricky matter, because frankly, no such thing exists for all players. Indeed, professional players all have their own best way to prepare. But one thing they all have in common is they prepare. In other words, you won’t see anyone taking time off right before the big event. In my experience, there are three main ways that seem to get the job done. The idea is to peak at the right time, and only through trial and error can someone find what works best for them. 1 – Play often heading into the event. For me personally, I find that this is the best preparation. I make it a point to be able to play at least three consecutive days before a tournament, and preferably at least five. And yes, I try to play 18 holes each day. There is a trend in the upper professional ranks to only play 9 holes, which is somewhat different than what pros from yesteryear have done. 2 – Practice extensively heading into the event. Phil Mickelson got into a mode where he never saw the course on the day before a major championship, instead opting to practice off-site where distractions would be minimized. This worked somewhat well for “Lefty,” as he now has six major victories to his credit. This approach is not a common one, but some players utilize it. 3 – Find a mix of playing and practicing heading into the event. This is the one that is most favored by touring professionals. As mentioned earlier, the trend is to play 9 holes either the day before the first round or the two days before the first round. You will see these players spending some extra time on the driving range and around the practice green. Finally, when it comes to practice, a player needs to figure out what areas of the game he or she needs to work on (full shots or short game/putting) and how much time to devote to each. Some players are solid from tee-to-green and need more time hitting chips, pitches and putts, while others need to dial in their long game. Again, this is usually figured out through experience of playing multiple events over the course of a few years. Just like the golf swing, where there is no one best swing for everyone but everyone has a best swing, there is no one best way to prepare for a big event. Players need to experience some trial and error to eventually figure out what works best for them.
END_OF_DOCUMENT_TOKEN_TO_BE_REPLACED 0 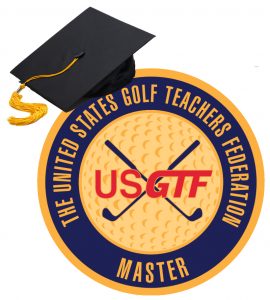 Master Golf Teaching Professional® is the highest designation for all USGTF members. Members in good standing who have been a Certified Golf Teaching Professional® for a minimum of 12 months are welcomed and encouraged to upgrade their membership status to this most prestigious level this November 14-16. The course will be conducted at the USGTF National Office in Fort Pierce, Florida. Candidates must submit two attested scorecards to the National Office to satisfy more stringent playing ability requirements; Successfully complete the online course of USGTF Certified Professional Golf Coach by end of the onsite course dates; present a written thesis; pass a shotmaking demonstration, and also pass a written teaching test. For more information and to register for the course, please www.usgtf.com/master-golf-teaching-professional
END_OF_DOCUMENT_TOKEN_TO_BE_REPLACED 0